168. The Story You Tell Yourself with Mike Fomkin 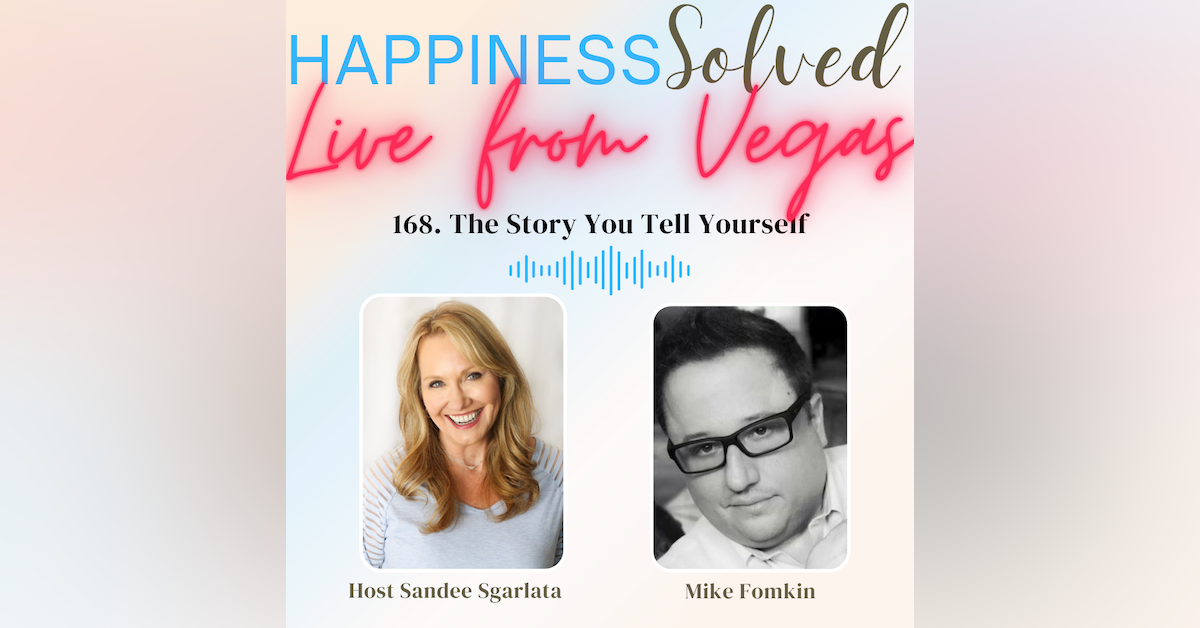 Happiness Solved with Sandee Sgarlata. In this episode, Sandee interviews Mike Fomkin. For almost two decades Michael has dedicated his life to helping models, actors and musicians connect with the most powerful people in the entertainment industry....

Happiness Solved with Sandee Sgarlata. In this episode, Sandee interviews Mike Fomkin. For almost two decades Michael has dedicated his life to helping models, actors and musicians connect with the most powerful people in the entertainment industry. He is the author of the new book that will be released next year “Elevate Your Message: The Hollywood Framework to Unstoppable Offers!” Michael has spoken from the same stages as such notables as Russell Brunson, Greg Reid, Tony Robbins, Bill Walsh and has done over 50 million dollars speaking from both live and virtual stages. He has won multiple 2 Comma Club awards and is a part of Russel Brunson’s Inner Circle, a Tony Robbins Platinum partner and a founding member of Bill Walsh’s 9 Figure Mastermind. Having invested over a million dollars in education and leadership, he will be continuing his education by getting a degree in system dynamics at MIT. As a Broadway investor he has won over 38 awards including 6 Tony’s and in 2013 won the Tony for best play. His company has donated and helped free over 3500 kids from sex trafficking worldwide in partnership with Operation Underground Railroad and has helped with the cause in multiple cities in eradicating homelessness! His hobbies include a deep-rooted love of baseball and the math game MTG.

To connect with Mike : mike@viptalentconnect.com; www.vipignitelive.com; text FAME to 26786 for free copy of book

The Mentors Studio “One Team, One Family, One Community”. You are not meant to walk your journey alone, but with a team. A team of like-minded individuals that are there to support each other through a high-level ongoing intensive mastermind. Creating a level playing field for all mentors to be of service, learn, and grow from each other. Start making connected relationships today by building relationship capital through loyalty, dedication, and commitment.